NASA’s InSight lander has placed its second instrument on the Martian surface. New images confirm that the Heat Flow and Physical Properties Package, or HP3, was successfully deployed on Feb. 12 about 3 feet (1 meter) from InSight’s seismometer, which the lander recently covered with a protective shield. HP3 measures heat moving through Mars’ subsurface and can help scientists figure out how much energy it takes to build a rocky world.

Equipped with a self-hammering spike, mole, the instrument will burrow up to 16 feet (5 meters) below the surface, deeper than any previous mission to the Red Planet. For comparison, NASA’s Viking 1 lander scooped 8.6 inches (22 centimeters) down. The agency’s Phoenix lander, a cousin of InSight, scooped 7 inches (18 centimeters) down.

The mole will stop every 19 inches (50 centimeters) to take a thermal conductivity measurement of the soil. Because hammering creates friction and releases heat, the mole is first allowed to cool down for about three days. Then it will be heated up by about 18 degrees Fahrenheit over 24 hours. Temperature sensors within the mole measure how rapidly this happens, which tells scientists the conductivity of the soil.

If the mole encounters a large rock before reaching at least 10 feet (3 meters) down, the team will need a full Martian year (two Earth years) to filter noise out of their data. This is one reason the team carefully selected a landing site with few rocks and why it spent weeks choosing where to place the instrument.

However deep it gets, there’s no debating that the mole is a feat of engineering.

For more information about InSight, visit: 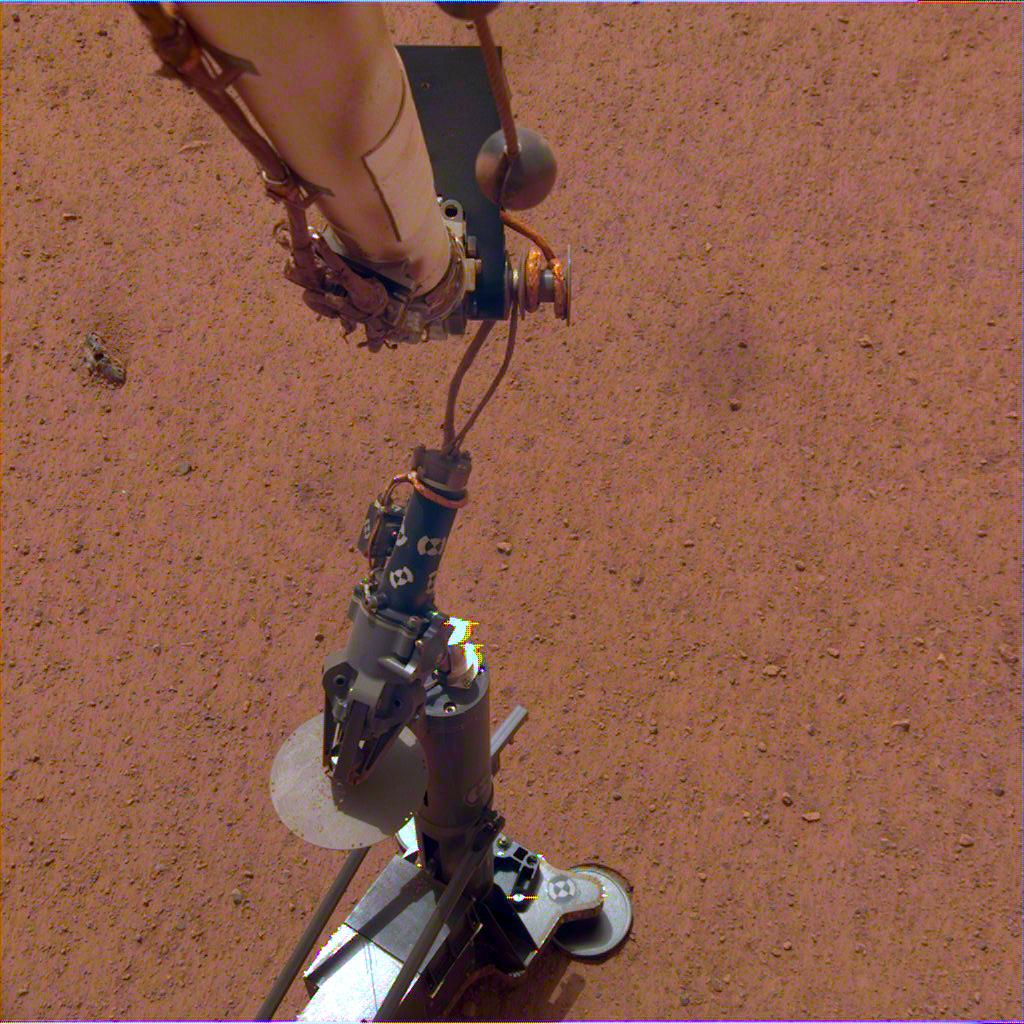