Since 2015, the place to which a compass points has been sprinting toward Siberia at a pace of more than 30 miles a year.

The first expedition to find magnetic north, in 1831, pinpointed it in the Canadian Arctic. By the time the U.S. Army went looking for it in the late 1940s, it had shifted 250 miles to the northwest. Since 1990, it has moved a whopping 600 miles and can be found in the middle of the Arctic Ocean, 4 degrees south of geographic north â€” for the moment.

Research suggests the North Pole’s location is controlled by two patches of magnetic field beneath Canada and Siberia. In 2017, it was reported that the Canadian patch seems to be weakening, the result of a liquid iron sloshing through Earth’s core.

Scientists with the National Oceanic and Atmospheric Administration and the British Geological Survey collaborate to produce a new World Magnetic Model â€” a mathematical representation of the field â€” every five years. The next update wasn’t scheduled until 2020.

But Earth had other plans. Fluctuations in the Arctic were occurring faster than predicted. In 2018 discrepancy between the World Magnetic Model and the real-time location of the north magnetic pole had nearly exceeded the threshold needed for accurate navigation.

Some have speculated that Earth is overdue for another magnetic field reversal â€” an event that hasn’t happened for 780,000 years â€” and that the North Pole’s recent restlessness may be a sign of a cataclysm to come. 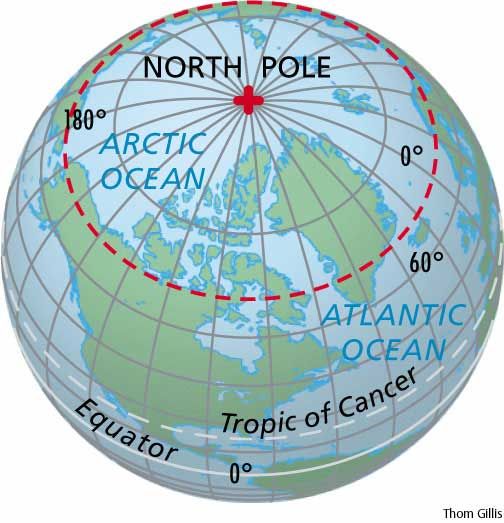