The Fifth Edition of The Cosmos: Astronomy in the New Millennium provides you with the fundamentals of astronomical knowledge that have been built up over decades, with an expanded discussion of the incredible advances that are now taking place in this fast-paced field, such as New Horizons’ flyby of Pluto, exoplanets, “dark matter,” and the direct detection of gravitational waves by LIGO.

Written in a clear and easily understandable style, this textbook has been thoroughly revised to include (among other things) updated data and figures, new images from recent space missions and telescopes, the latest discoveries on supernovae, and new observations of the region around the four-million-solar-mass black hole at the center of our Milky Way Galaxy. The website is regularly updated to include the latest discoveries, movies, and images in the field. 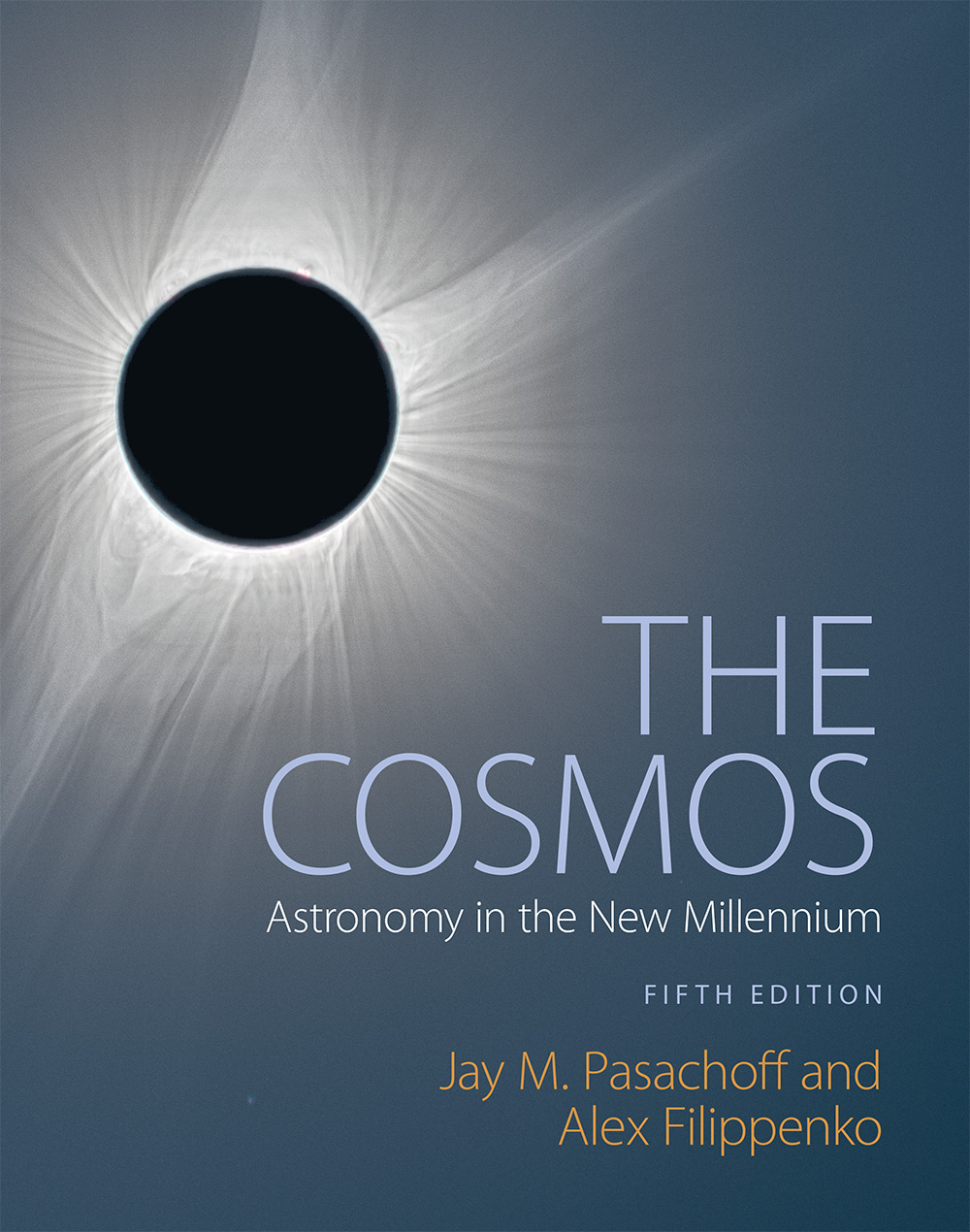 "The Cosmos: Astronomy in the New Millennium, 5th edition, is simply the best-written, introductory astronomy textbook on the market. The instructor will use all of this book. It is comprehensive but brief enough that students can be reasonably expected to read the entire text in the course of a semester."

"This book has been the cornerstone of my introductory astronomy teaching at Northwestern since 2004. The text is expertly written in an easy-to-understand manner with many helpful diagrams and beautiful images throughout. This latest edition is a real tour de force with thoroughly updated discussions of cutting-edge research topics ranging from exoplanets to gravitational waves."

"The authors strike a right balance between qualitative and quantitative aspects of astronomy which is required for students interested to learn the subject for the first time. This book contains material that is useful for both beginner and advanced students of astronomy."

"By leading with fundamental physics - light, energy and matter - Pasachoff and Filippenko efficiently set the stage for their modern and thorough coverage of astrophysical concepts and discoveries all the way to present issues in cosmology."